The Engineering Academy of Japan Inc.(EAJ) is a non-profit, non-governmental organization to contribute to the advancement of engineering and technological sciences in Japan. 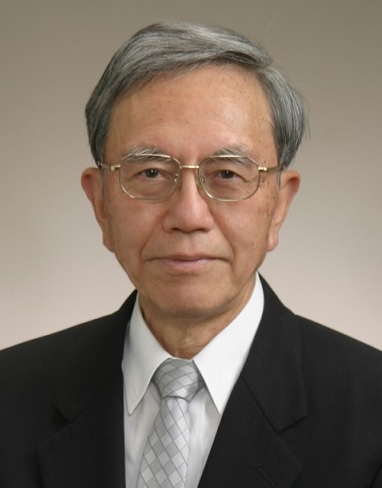 The Engineering Academy of Japan Inc. (EAJ) is a non-profit, non-governmental organization for public services. It has been formed to contribute to the general advancement of engineering and technological sciences in Japan by members in leading positions with outstanding achievements and extensive knowledge in these and closely related fields.Since the Industrial Revolution in the eighteenth century, virtually all the developments in human activities on this planet have been related to advances in technology and the corresponding improvements in the standard of living. Many political, economic, and social issues around the world cannot be solved without taking technology into account, and this trend continues to accelerate.

Recently, in particular with the increasing world population, human consumption of resources and the accompanying generation of waste have reached levels which are no longer insignificant compared with the capacity of the globe.

Meanwhile, advances in means of transport and communication have greatly increased international movements of people, goods, money and information, and it is now more important than ever before for the future of all mankind that all the countries of the world, including Japan, move in harmony.

In this age, it can be considered the duty of this country's engineering leaders to cooperate with overseas organizations having similar aims and to make objective and constructive proposals on the policies which should be taken as a nation from technological and engineering standpoints on behalf of the whole population and all mankind. It goes without saying in a democratic country that national policies must be implemented with the understanding and support of the large majority of the population. However, to achieve this, it is important to lead a social climate which enables accurate recognition by the general population of the essentials of engineering and technology, and the consequences these will bring.

On the other hand, it is vital to maintain and develop public services which form the competitive strength and foundation in order to maintain the nation's security and economy, particularly for Japan, which lacks natural resources. The training of scientists and engineers to support the next generation is therefore extremely important. There is also a need in the future global society to increase man's intellectual assets while cooperating internationally as a foundation for better answers to various challenges for the sake of future mankind.

Engineering academies and similar organizations were formed in order to tackle these challenges by volunteers gathering in numerous countries led by developed nations. This system of international cooperation soon became organized, and in 1985, the Council of Academies of Engineering and Technological Sciences (CAETS) was formed. The EAJ was also admitted as a member in 1990. Membership has currently increased to 26 national academies(as of Jan.2010), and the EAJ participates in most of the activities as an influential member.

In Japan, there is also the Science Council of Japan (SCJ), which is an organization with similar aims. However, the SCJ has two differences in style from overseas organizations. Due to the fact that CAETS operates with the same objectives by cooperating from an equal standpoint as similar overseas organizations, and the differences hamper smooth cooperation. The first difference is that although SCJ members are elected from scientific organizations, the council is a part of government at organization. Its officers and secretariat are government officials. Secondly, since its objectives and background are "science", the SCJ is not an organization which has the balance of leaders from academia and leadership levels from engineering and technology in industry and public service organizations. Most overseas engineering academies or equivalent organizations receive support from their governments, but they operate as non-governmental organizations aimed at promoting engineering and technology, and CAETS membership qualifications are also limited to non-governmental organizations. It is important for this academy to operate mutually complementing the SCJ.

There are no upcoming events.

The Engineering Academy of Japan